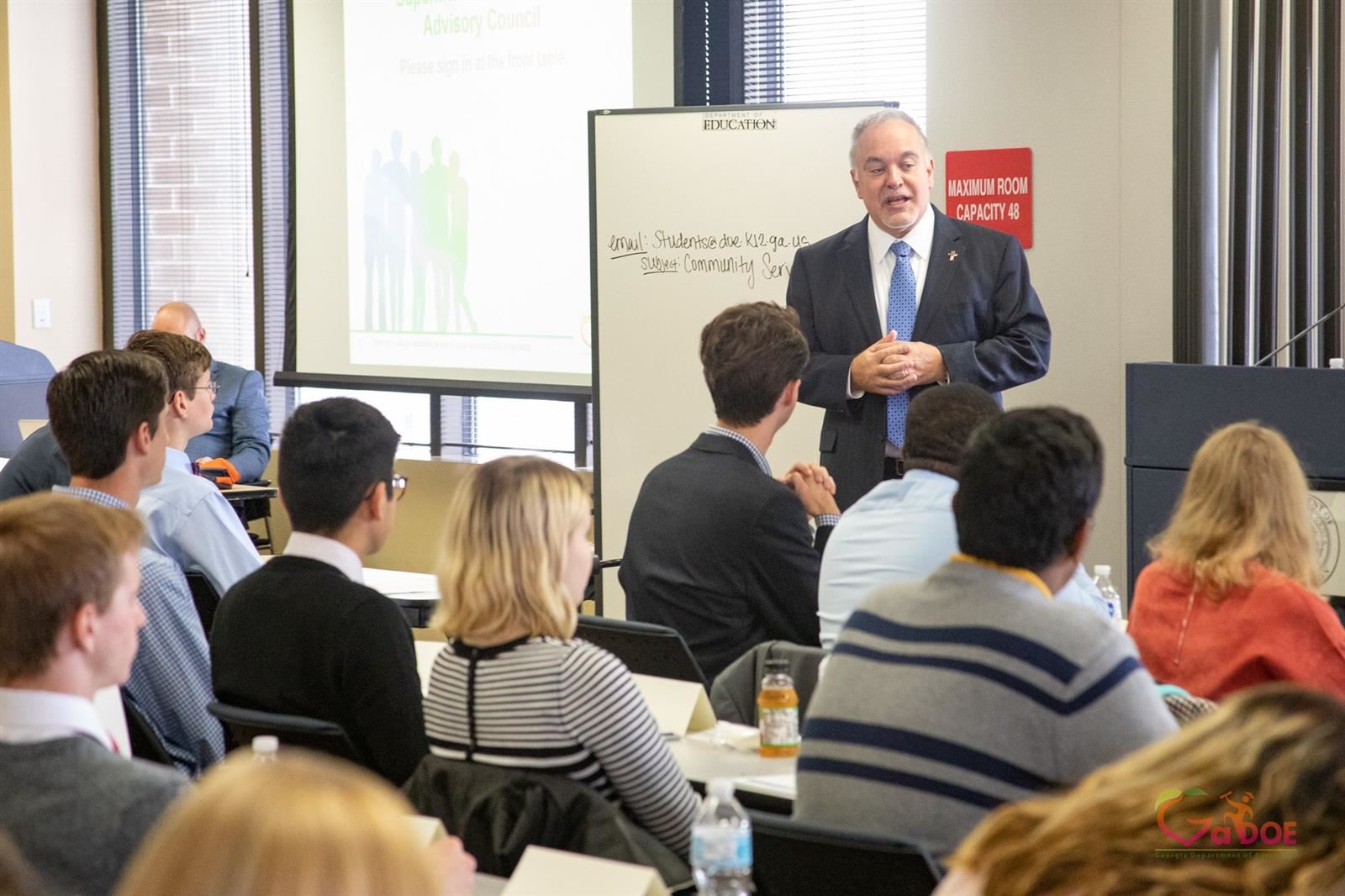 The SAC is a group of students in grades 7-12 who discuss how decisions made at the state level are affecting students throughout Georgia, and findings are shared with State Supt. Richard Woods. Broken into two groups by middle school and high school, council members represent their districts in three all-day sessions throughout the school year at the Georgia Department of Education (GDOE) office. Supt. Woods allows students to serve as liaisons between GDOE and the students of Georgia.

Zach and Daylia and their fellow council members recently completed the second session where they listened to presentations about how the GDOE's various divisions, programs and initiatives work. All council members are tasked with preparing service projects from concept to completion. They also engage in discussions around the effectiveness of school operations on student life as well as make suggestions for improvements.

At the January session, students tackled various complicated topics. Through discussion groups, they shared progress on their service projects, provided feedback on health standards, student safety and school climate, and played a game to learn facts and test knowledge about education in Georgia. 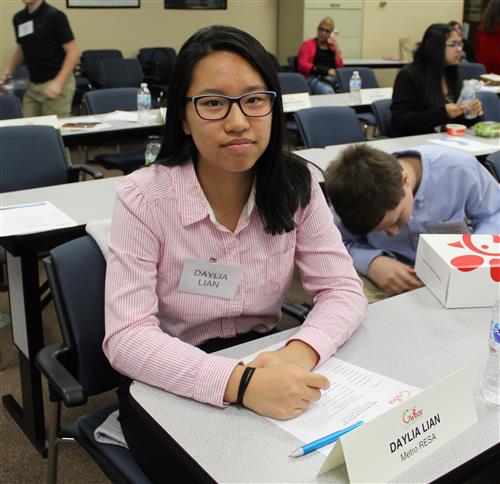 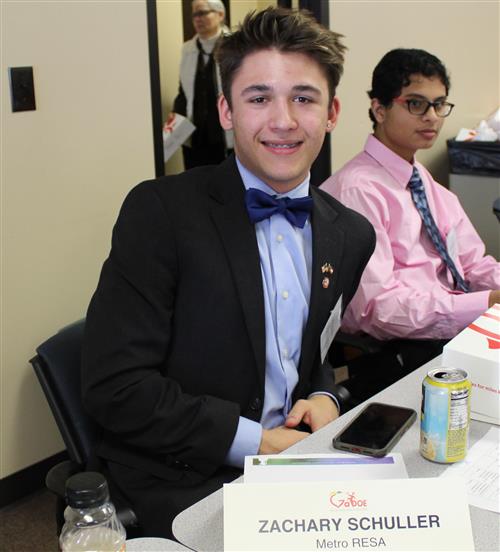 Daylia nominated herself for the council and shared that she's made many friends from other districts. "I am honored to serve with other talented and creative students who are teaching me about other school systems around Georgia," she said. Her project idea involves promoting positivity in schools in her area to supplement FCS' existing Positive Behavioral Interventions and Supports (PBIS) program. Ultimately, she hopes her project will encourage and motivate students to do their best and be successful.

Zach is no stranger to the world of government as he currently interns with his local Georgia legislator who recommended he apply for the council. He was eager to work on problems he perceives exist in education. Zach reported he already knew many council members from the Governors Honors program held in the summer. Interacting with council members from districts with very different demographics has been eye-opening. "Before being on the council," Zach said, "education in other school districts seemed like a mystery, but I've since learned how different their issues can be, especially in systems with fewer resources than those of a large metro area like Fulton." He shared that he felt humbled and is learning to think more holistically about the needs of other students. There are two service project ideas in Zach's pipeline including ensuring feminine products are always available to female students in school restrooms to avoid embarrassment. His other idea involves creating scholarships and grants for students of middle income households whose earnings are high enough to exempt financial assistance but low enough to cause financial struggle. He hopes such a scholarship would allow access to fee-based opportunities such as online class tuition or sports fees.

"It is so important to me," said State School Supt. Woods, "to hear directly from students about how decisions made at the state level are playing out in the classroom. Meeting with my Student Advisory Council allows me to hear feedback firsthand from those most affected by educational policies."