FCS Grads Drafted to NFL in First Ever Virtual Draft

When millions watched the first ever National Football League (NFL) virtual draft, two players were being cheered on by Fulton County Schools (FCS). 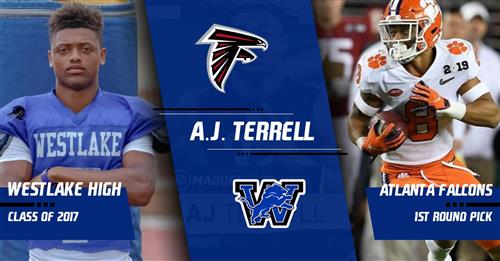 "A. J. was a tremendous two-way player in high school as a wide receiver and defensive back," said Dr. Steven Craft, FCS Athletics Director. "He had a tremendous career at Clemson including winning a national championship. We wish him the best as he embarks on his NFL career with the Atlanta Falcons. It is always special when a hometown kid gets the opportunity to play for the hometown team."

One of the great moments from Terrell's time at Clemson University was his interception in the national championship game against the University of Alabama. Former Georgia defensive player and ESPN draft analyst David Pollock said, "He makes plays with his brain, with his feet and with his ability."

Westlake Principal Jamar Robinson said, "A. J. Terrell and his family have always been an important part of the fabric of Westlake High School athletics. For him to be drafted by the Atlanta Falcons was a surreal moment for the Westlake community. While we have always believed in him and his talent to be a first round NFL pick, when the Falcons selected him with the 16th pick overall, it was a special moment that will be forever etched into the memories of fans of Westlake High School."

Former principal Alexandra Bates, now Executive Director of FCS Professional Learning, knew Terrell well. "A. J. Terrell and the Terrell family epitomize the excellence of the South Fulton Community," Bates said. "Not only are they a family of stellar athletes, but a family who have great character on and off the field. A. J.'s work ethic and that of his siblings were remarkable to witness. A. J. was never the student athlete who had to talk about his excellent game, he showed everyone on the track and football field. I remember watching him in amazement in one game where he played the corner position, and also the quarterback. I don't remember the outcome, but I do remember how impressed I was. Following his hard work at Clemson was a joy, but watching him play for my favorite NFL team will be a thrill." 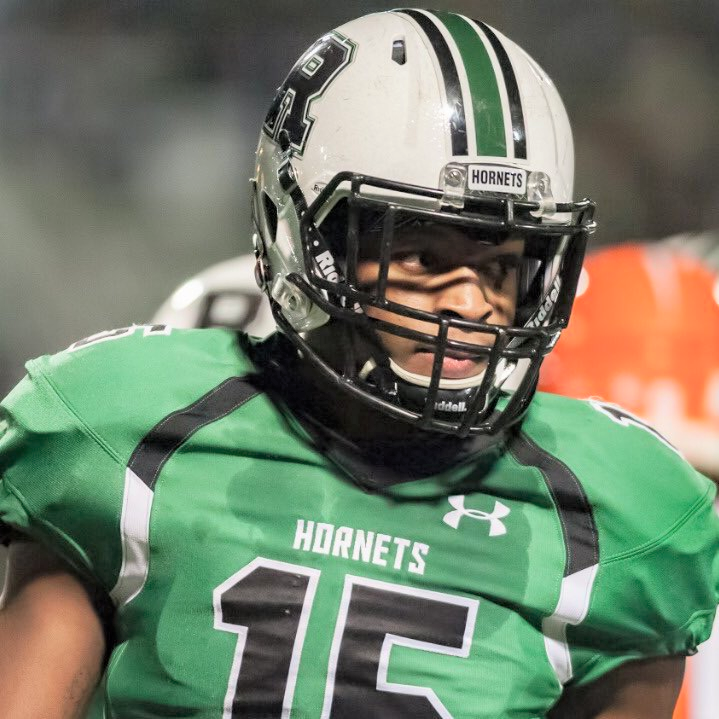 Roswell High School graduate Xavier McKinney was selected number 36 April 24 in the second round of the draft. McKinney also had some great moments on the college football field as part of a national championship team. "Xavier was one of the most dominant high school players in the state of Georgia," said Dr. Craft. "He had a sensational career at the University of Alabama and was part of one national championship team and another team that finished as the runner up. We wish him the best as he starts his NFL career with the New York Giants."

McKinney was a 2019 First Team All-SEC member and a 2019 Third Team AP All American. Former Heisman Trophy winner Desmond Howard said after McKinney was drafted, "He has a high defensive IQ."

Roswell High School principal Dr. Robert Shaw said, "The entire Roswell High School community is so proud of Xavier. He has represented our school and community very well during his time at the University of Alabama and I know he will do the same in the National Football League. We all look forward to cheering for him during Sunday afternoons."

Former principal, Jerome Huff, said "I was privileged to be Xavier's principal at Roswell High School. He actually graduated the year I retired. I saw very early that he was committed to being a quality athlete which also meant being a committed student in the classroom. Xavier had a healthy fear of his coaches and teachers who knew that he had set attainable goals not only for himself, but also for his family."