FCS Board Meeting Recognitions for February 2020

A composing/writing duo from Cambridge High School brought home a state theatre award in February. Cielo Balicas and Kat Pattillo both have extensive performing arts experience at school, one stronger in theatre and the other stronger in music and musical plays. They ended up together in Cambridge's advanced drama class, where their teacher, Tracey Buot, encouraged them to join forces and enter the Georgia Thespians MusicalWorks competition. MusicalWorks is a new program that nurtures original student-written plays from the page to the stage, with the winning piece to be workshopped at the Georgia Thespian Conference, held in mid-February. Working outside of school hours, Cielo and Kat created and submitted a musical work entitled 10,800 Minutes, complete with full script and audio recording.

Cielo, a senior and four-year theatre student, and Kat, a junior and French horn marching band player and actor in Cambridge's musicals, evidently have a winning formula. Their script was brought to life onstage by professional actors and a director in a staged reading at the 2020 Georgia Thespian Conference - also known as "ThesCon" - in Columbus, GA. Ms.Buot says of their teamwork chemistry, "Cielo and Kat worked together with mutual respect and dedication to their project." We'll keep our fingers crossed for this show as it is now in the running for possible selection at the International Thespian Festival this summer. 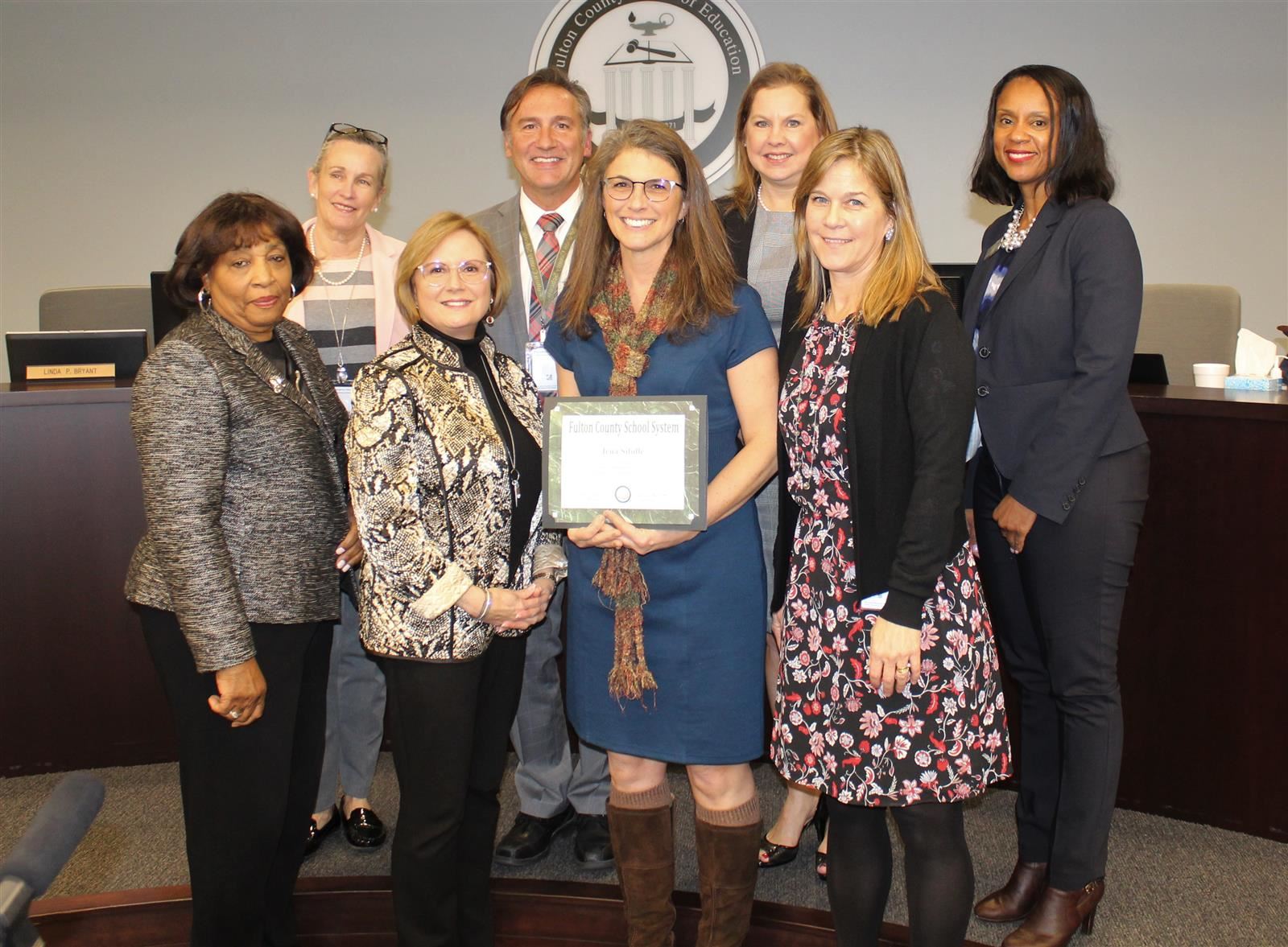 Jena Sibille, Curator of Fulton's two Teaching Museums, is a teacher who continues to win awards over and over for her exceptional work. She was recently named the winner of the 2020 Southeastern Region Museum Education Art Educator Award. This prestigious honor is given by the National Art Education Association to an outstanding member, acknowledged for their exemplary contributions, service and achievements. The recipient, a visual arts educator, is awarded at the Regional level within their division.

NAEA President Thom Knab states, "Jena Sibille exemplifies the highly qualified art educators active in education today: a teacher who gives her best to her students and the profession."

Jena has been the Teaching Museum Curator for 10 years where she manages arts-integrated programming and the historical archives for Fulton's two museums that serve 50,000 students. Under her leadership, the program has been awarded support from the Library of Congress Teaching with Primary Resources, the Kennedy Center and the Georgia Council for the Arts. Students enjoy creative, experiential learning with professional actors portraying historical figures, and through escape rooms and walking tours.

This award will be presented at the NAEA National Convention in March 2020 in Minneapolis, MN. 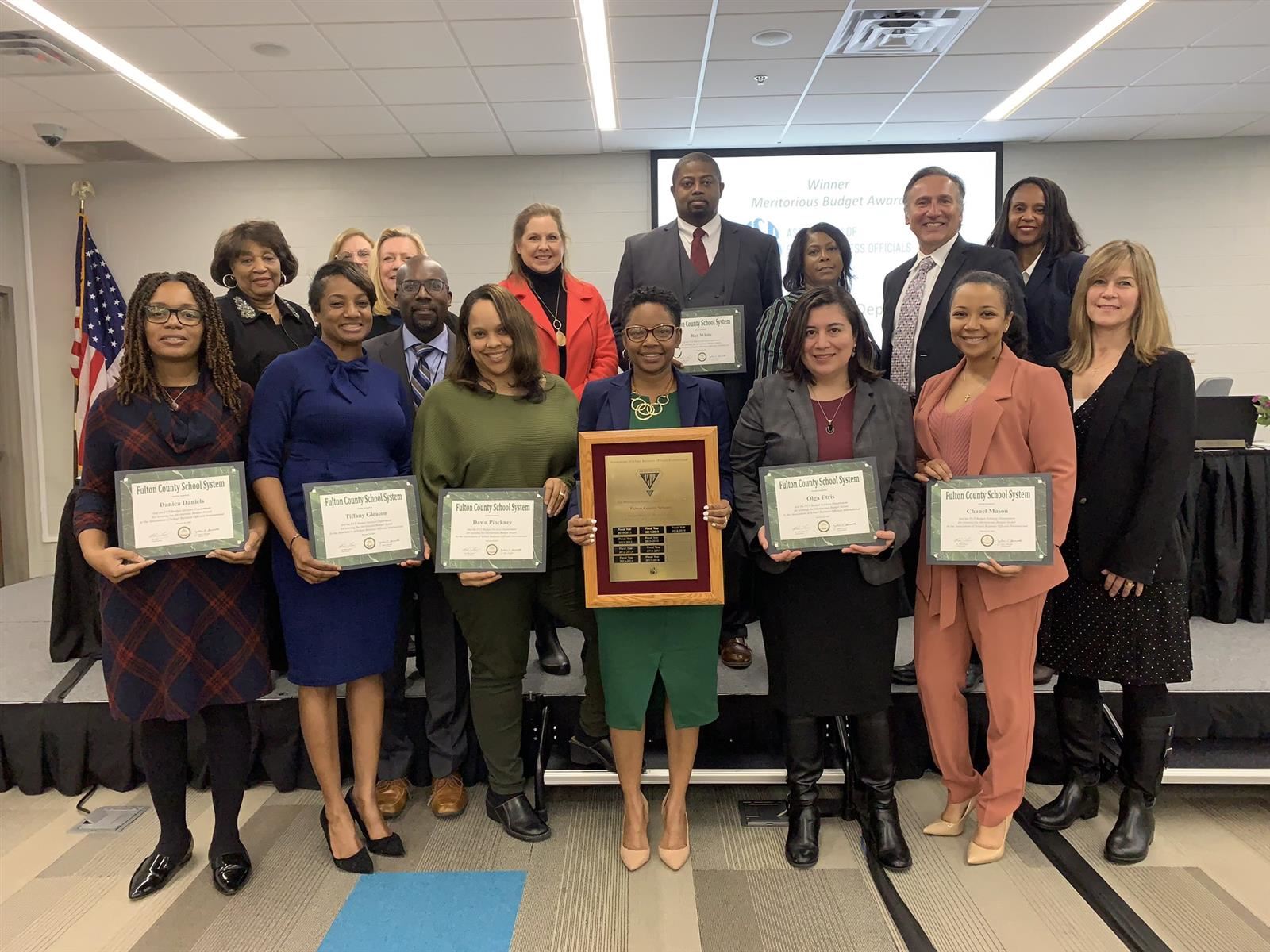 For the ninth consecutive year, Fulton County Schools' Budget Services department received the Meritorious Budget Award from the Association of School Business Officials International for excellence in the preparation and issuance of its budget for Fiscal Year 2019-2020. Under the leadership of Tracey Ogletree-Watson, Director of Budget Services, our team has won the organization's highest honor.

This award goes to districts that demonstrate commitment to sound fiscal management and budgetary policies according to ASBO’s Meritorious Budget Award criteria.

The Budget Services team has worked hard to master best budget presentation practices, the aim of which is to ensure trust with the district's taxpayers, parents and staff and which best aligns resources with student achievement goals. Fulton County Schools Department of Finance works to consistently maintain top industry standards in all financial reporting and practices.