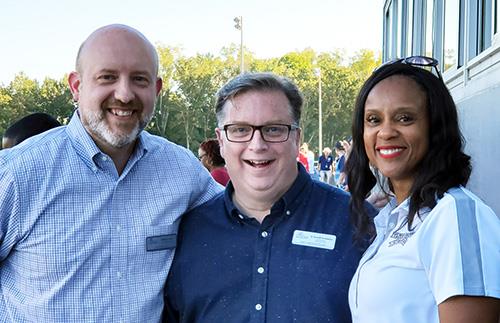 Parents and the community joined in the music and atmosphere that comes with exciting performances from all fifteen Fulton County High Schools at the Marching Band Exhibition September 21 at Cambridge High School. For over 15 years the exhibition has celebrated the hard work and artistry demonstrated through these student performances.

“The exhibition is scheduled in a season where each of the bands is preparing for their first phase of competition and formal presentations beyond Friday Night Lights performances,” said Dr. David Vandewalker, FCS Fine Arts Coordinator. “Nationally respected experts are invited to attend the event to provide pedagogical and performance feedback.”

The Fulton County Marching Band Exhibition (FCMBE) achieves multiple goals. “The exhibition demonstrates the educational journey toward mastery in their musical and visual presentations that will culminate in mid-to-late October,” said Dr. Vandewalker. “The performance styles of the bands in Fulton are very diverse. They represent the breadth of the pageantry arts on a national level from show bands, HBCU-style bands, regionally competitive bands, and bands that compete on a national level in Bands of America. For me personally, it is important that we as a community come together to celebrate each other in respect of those differences. Many of the students and directors share that this event is one of the most significant performances for their students. They look forward to getting to perform for each other and their families.”

Milton High School Band Director Chris Shumick said his students were motivated by their opportunity to perform at FCMBE. “After weeks of performing only in rehearsals and for football crowds at athletic events, this event is always something the students look forward to,” Shumick said.

Nick Garofalo, Chattahoochee Band Director, said he worked hard to mix popular music with concert band literature in their performance entitled “The Heist.” “This year the Chattahoochee Band will travel to Bands of America Grand National Championships for the first time ever in the history of the school,” Garofalo said. “We are very excited about this journey and know that the membership will have a great time performing their show.”

The Westlake High Mighty Marching Lions presented “Hits from the Past and Present.” “It was a great opportunity for Fulton County marching bands to showcase various genres of music, marching styles and creativity,” said Band Director Cedric Young. “Fulton County is blessed to have communities, parents, band boosters and administrators who continue to support music programs.” 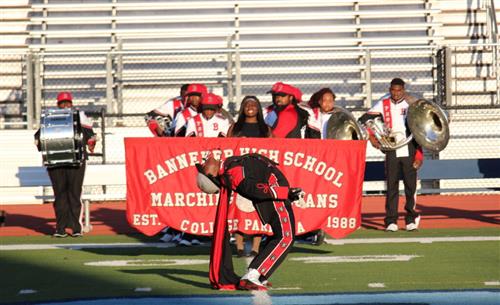 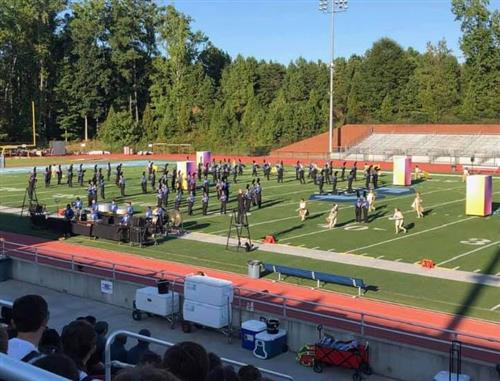 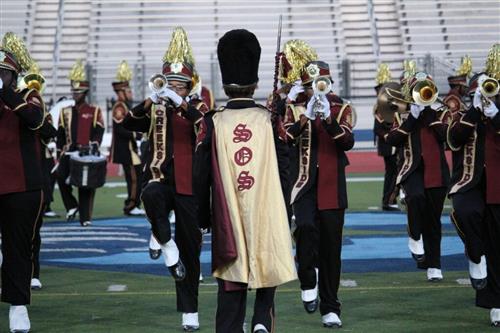