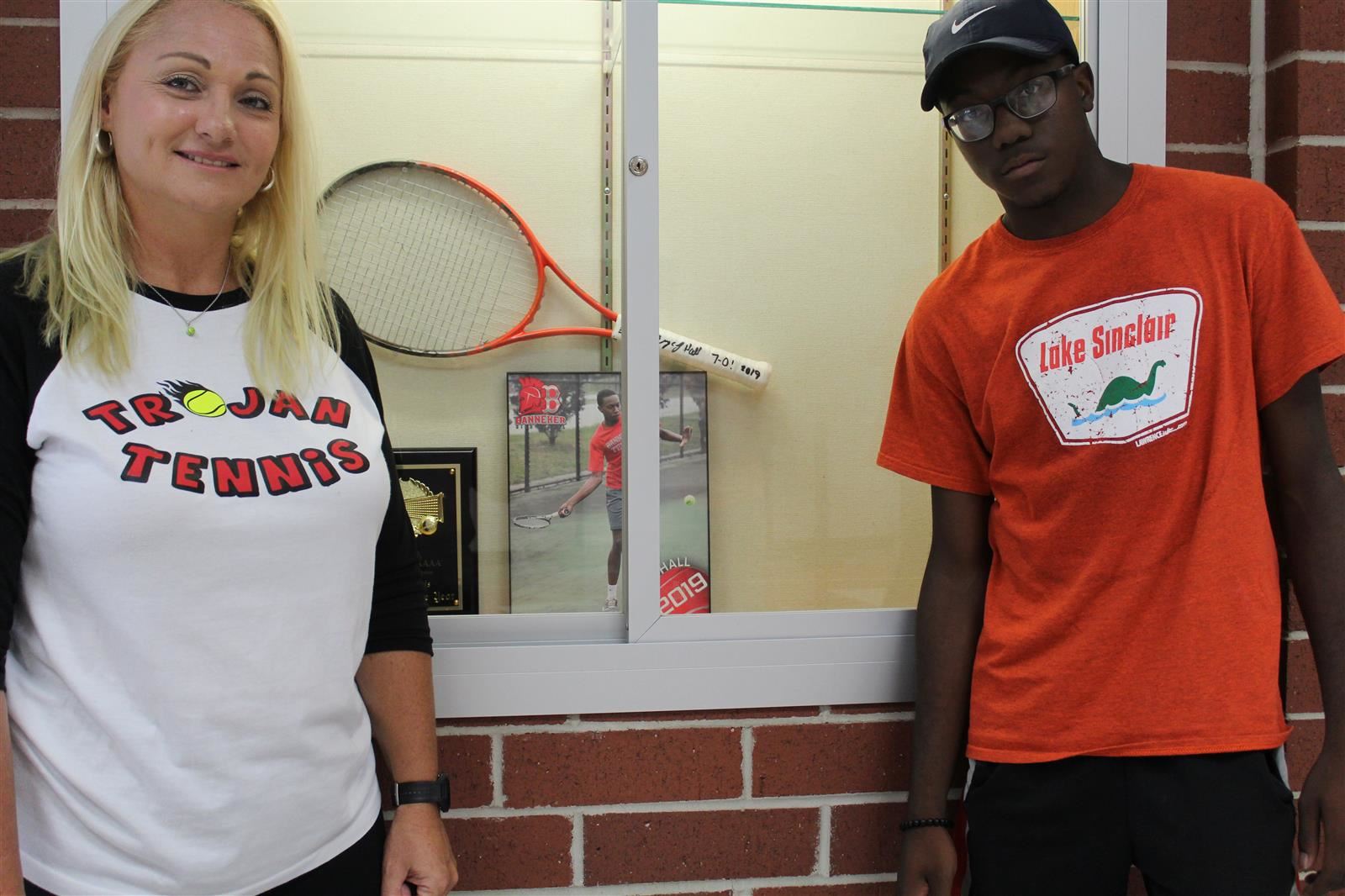 Banneker High School's Bryce Hall has recorded an unprecedented Student Achievement. He is Banneker's first Region 6-AAAAA Tennis Player of the Year and he recorded an undefeated season. Banneker's tennis coach Patricia Swint retired Hall's tennis racket in an exhibit at the school. "I hope to see Bryce playing in the U. S. Open and Wimbledon one day," Swint said. "I'm not sure that's what he wants to do, but I hope that whatever he chooses to do will make him happy."

When he's not playing tennis, Bryce loves to watch tennis. "My favorite player is Novak Djokovic," he said. His favorite subject is Math. "I love anything that has to do with Math."

While going undefeated may seem easy for Bryce, he recalls a match that tested his will to win. "I was winning and feeling pretty comfortable," he said. "In the second set I slid for a ball and fell and caught a cramp. The cramp didn't go away until the end of the third set. I told myself to keep the ball in and just run out the cramp. I persevered because I didn't want to end my season without being undefeated."

With records behind him, Bryce moves on to a new team at Georgia Southern College, where he will major in Biology. "I'm going to spend the next four years playing on the college's tennis team and earning my degree," he said. "Then I'll go on to Med school."