Tonight, we are pleased to recognize outstanding students who received top honors at the state level in chess, sports, expressive dance and theatre.

When the honoree is called to the front for recognition by our Superintendent and Board President, please go stand in front of the risers here. We invite the sponsoring teachers and principals to join the honoree and board members in the publicity photo. Immediately following, parents may quickly take pictures and we will then move on to the next honoree.

Our first award goes to an eighth grade student from River Trail Middle School. Vaishnavi Tammali won the 2019 Georgia Girls Scholastic Championship, sponsored by the Georgia Chess Association. Formerly the top seat for River Trail’s chess team, coached by TAG teacher Philip Paulk, she led the team last year to regional and state competitions. Her Georgia win qualified her to play at the 2019 National Girls Tournament of Champions in Orlando, FL earlier this month. Would Vaishnavi please come to the front?

Since she’s already made it to nationals in only eighth grade, Vaishnavi will undoubtedly keep us on the edge of our seats going forward. Congratulations!

Next, we recognize the Cambridge High School Girls Tennis Team for winning the Region 7 - 6A Georgia High School Association state championship. The Lady Bears secured the title over Northview High School by a score of 3-0.

Coached by Melody Wheat, this year’s undefeated season was a reboot of last year all the way to the state championship, fighting for every line. While some of the team has graduated and gone on to play on the collegiate level, these players will represent the team. Would the following Lady Bears please come forward?

This is Cambridge’s third state championship in five years. Congratulations!

Our next honorees are members of a Winter Guard team and are among some of the most prolific arts group competitors. Winter Guard is an indoor performance art that incorporates choreographed dance to recorded music. Events are sponsored by Winter Guard International and the Southern Association for Performance Arts. This team has competed in numerous regional events, winning first on the state and regional levels, and placed in the top three at nationals, for their artistic tribute to Coretta Scott King and Jacqueline Kennedy. Would the Alpharetta High School Winter Guard please come forward?

In this year of “firsts”, the team celebrates their first season to win the “national class” in their state circuit, to place in the top three of the WGI Atlanta and Charlotte, and to place as a finalist at the WGI World Championship. Congratulations team!

Our final recognitions go to two music theater performers. Roswell High School senior Jessi Kirtley and recent Milton High School graduate Harrison Lewis each won the coveted Georgia High School Musical Theatre Awards for Best Performance by a Leading Actress and Actor, respectively. Fashioned after the Tony Awards, this event celebrates excellence in high school musical theater. It is sponsored by ArtsBridge Foundation and named after and hosted by Atlanta native and Broadway stage star Shuler Hensley. Each spring, productions are adjudicated on their musical performances, and the nominees perform on the Cobb Energy Center stage for a televised show. Would Jessi Kirtley, who won for her performance in the title role in “Mary Poppins,” and Harrison Lewis, award-winner for portraying the lead in “Curtains,” please come to the front?

This past June, Jessi and Harrison joined 86 high school performers from across the U.S. to compete in the national “Jimmy Awards” in Manhattan. Rehearsing with top industry coaches at NYU’s Tisch School of the Arts, these singer-actors made their Broadway debut at the Minskoff Theater, and Jessi even placed fourth. Harrison will be attending Northwestern University in Chicago as a theatre major this fall.

Congratulations, and we hope to be buying Friends and Family discounted tickets to your Broadway shows!

Dr. Sandra Fingall, Career and Technical Instructor at McClarin High School, was one of approximately 76 educators selected out of an applicant pool of over 430 teachers, to receive a Fulbright Teachers for Global Classrooms grant award. Recipients of Fulbright grants are selected based on academic and professional achievement as well as demonstrated leadership potential. The Fulbright program will equip Dr. Fingall to bring an international perspective to McClarin High School through targeted training, experience abroad and global collaboration. 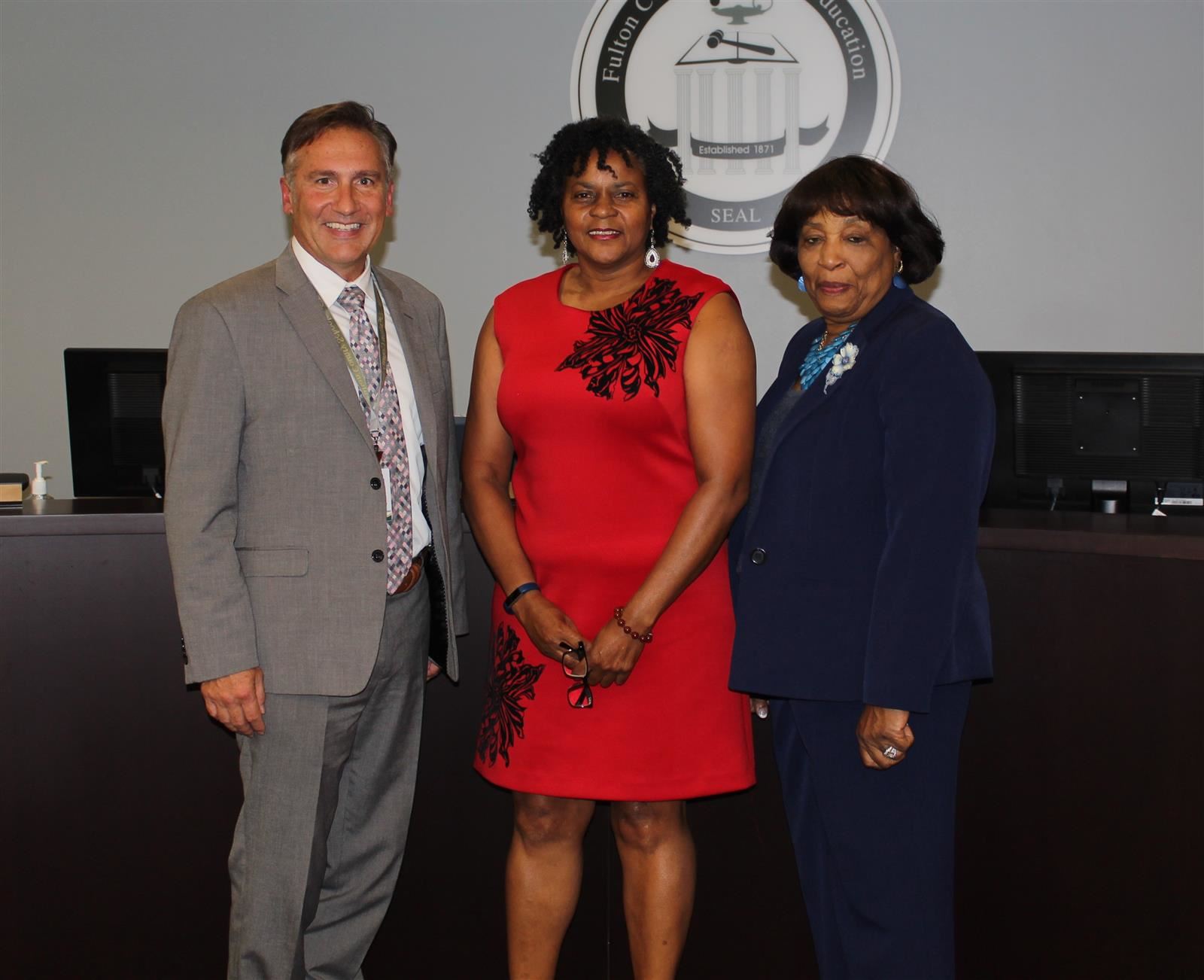