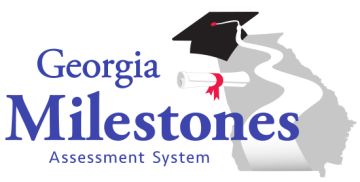 Based on the Milestones data, district and school leaders are already refining practices in advance of the first day of school in August. In 2016, FCS began development of a standardized curriculum framework. Last year the district provided teachers with strategic sets of lessons focused on prioritized standards.

This approach has resulted in strong student growth across the district, but the outcomes in the Spring Milestones were particularly outstanding in third grade. FCS third graders performed seven points above the state average in English and four points above in Math and showed a six-point improvement over last year's performance in each area.

Linda Bryant, Fulton County Board of Education chair, commented, "The Board is very excited to see the instructional alignment to the school district's strategic plan producing results in third grade reading. There was an increase of 6% over last year and we are proud of the teachers and students for this effort. In all, our district's results continue to be above the state average in almost every category and shows the dedication of our educators and students."

The consistent curriculum and focused lesson approach combination also produced results in the district's "Turnaround Schools," those identified as being underperforming using a three-year running average.

According to Chief Academic Officer Clifford Jones, "Fulton is particularly proud of the results for our "Turnaround Eligible" Schools. By utilizing focused lessons based on standards, two of our middle schools, Woodland and McNair, led the district in progress, showing double digit growth in overall Milestone proficiency."

However, as the district is quick to point out, the data also shows areas that need additional attention. Specific areas of concern that have been identified by the district are fourth grade math, fifth grade science and ninth grade biology.

"We understand that some school communities face greater challenges, and we have planned to meet students where they are," said Jones. Schools in need of intensive support developed 90-Day Plans, and these are now being adjusted based on this most recent data. Additional personnel, additional academic resources and intensive teacher support programs are all in place for August implementation.

Additionally, over 500 at-risk students in third and fifth grade were invited to participate in the Jumpstart for Success program which opened select schools two weeks early. Students were provided an advanced introduction to the standards for the new school year so they could start classes in August better prepared.

According to Superintendent Mike Looney, "The Georgia Milestones results demonstrate that there is great work being done in Fulton schools. Teachers can get positive results when the focus is right. Our strategies to address these areas of concern are being developed with our teachers and are focused down to the classroom level. We are excited to begin the new school year."

Overall district scores for the Spring 2019 Milestones, as well as scores for each school in Grades 3-8 (End-of-Grade exams) and Grades 9-12 (End-of-Course exams), are attached below.