Fulton County Schools would like to say "welcome" to our newly-hired principals and administrative staff. We also offer our "congratulations" to existing employees that move into these positions as well. We are proud to present our newest team members here and on our FCS Social Media. 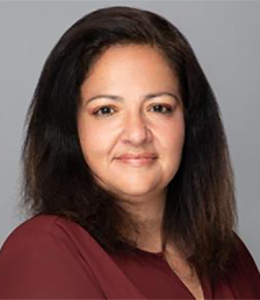 Maribel Villanueva-Bell has proudly served Fulton County Schools since 2011. She began her leadership as the employee abuse incident social worker and then later as a Behavior Program Specialist. In 2018, she became the Director of the Office of Student Discipline, Prevention, and Intervention where she has served four years. Under Maribel’s leadership the district has shown gains in many areas, including more schools in Fulton being State recognized for PBIS than any other school system in Georgia.

Prior to coming to Fulton County Schools, Maribel worked in the Criminal Court System of New York as a Probation Officer providing sentence recommendations to Judges for juveniles/adults facing criminal charges, as well as a Child Protective Service Investigator and Lead School Social Worker.

Maribel Villanueva-Bell holds a Specialists degree in Educational Leadership from Kennesaw State University, a Masters Degree in Social Work from Adelphi University and graduated from the State University of New York at Plattsburgh with a bachelor’s degree in Child and Family Services. She holds a license in Masters of Social Work. Maribel brings over 25 plus years of education, child services, and leadership to support the needs of at-risk students.

Maribel prides herself on being a Latina leader, wife, and a mom of four. In her down time, Maribel enjoys cooking, reading and spending time with family and friends. She is excited at the opportunity to use her extensive and diverse leadership background to support students and staff in her new role as Executive Director of Student Supports.