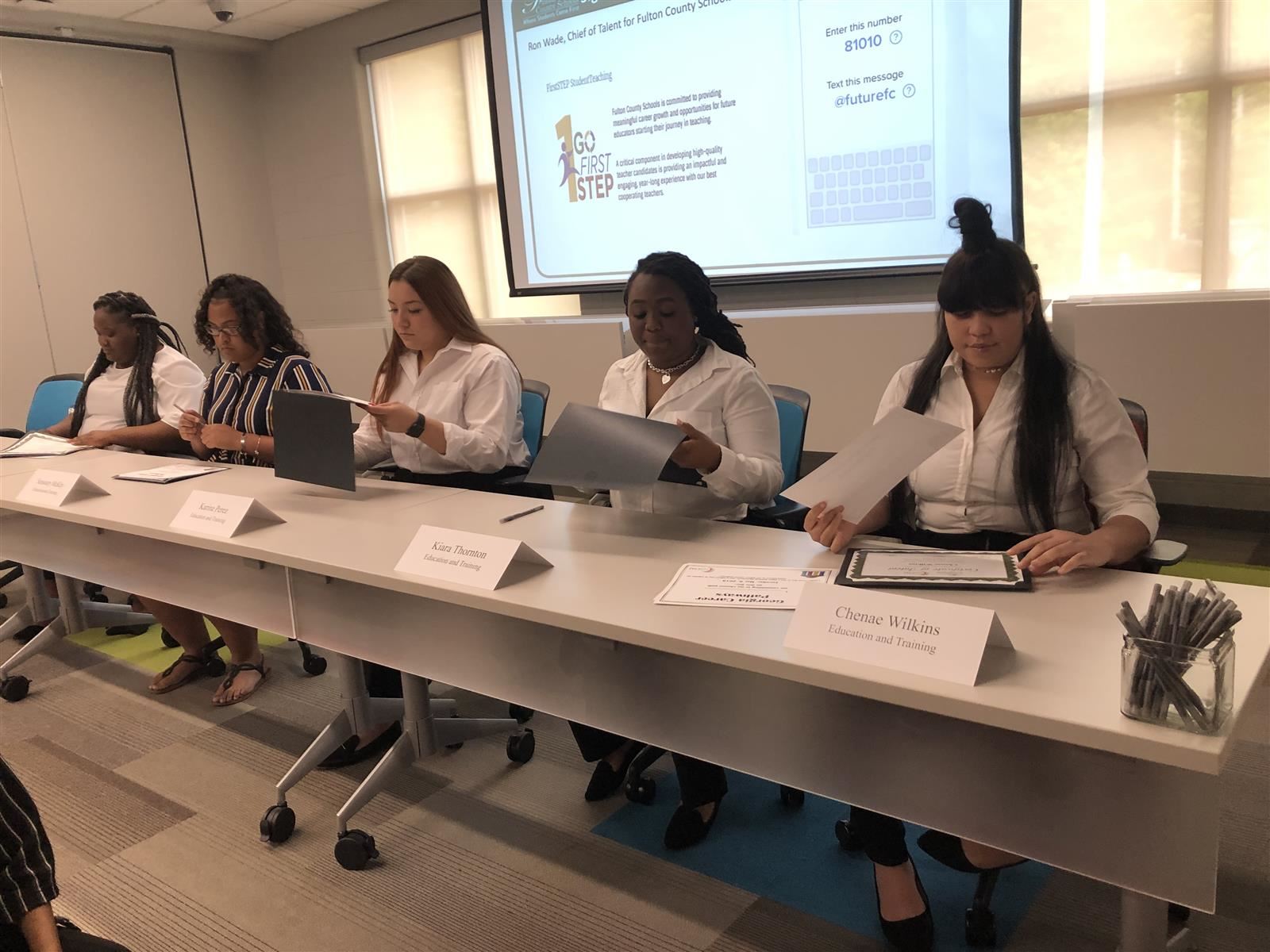 Fulton County Schools hosted its inaugural Career Pathways Signing Day May 9 at the South Learning Center (SLC). More than 25 students signed intents to enter a career path after graduation. "We do signing days for athletics and academics," said Yalanda Bell, Executive Director of Career, Technical & Agricultural Education (CTAE). "This year, we decided to include students who are beginning their career paths." FCS Board President Linda Bryant and board member Kimberly Dove, were on hand to congratulate the signees. Interim Superintendent Dr. Cindy Loe welcomed participants.

Teaching as a Profession students from Milton High School and the Fulton Schools College & Career Academy were among the signees. FCS Chief of Talent Ron Wade encouraged the Teaching as a Profession students to return to Fulton County Schools after training as educators. Tiara Banks, a student at Langston Hughes who committed to her chosen path of Education today said, "It’s a great opportunity."

Aaron Walsh, Field Operations Coordinator for Allison-Smith Company Electrical Contractors & Engineers, announced that Bryan Veloz, who signed his letter of intent with the company, would go into an electrical apprenticeship program after graduation from Roswell High School. Tyler Arirama, will begin active duty with the United States Army after graduating from Roswell High School and Jaequon Cain, who will graduate from Banneker High School in two weeks, signed on to be part of an architecture and construction training program.

Keynote speaker Rodney Sampson, an investment ecosystem builder and founder of the Opportunity Hub, said "many of the jobs that exist now will not exist in the future." "One skill is not enough. You need to be intentional about learning everything you can about your particular skill and adding skills."

CTAE at Fulton County Schools engages students in innovative and industry relevant curriculum and authentic learning experiences that allow students to excel in postsecondary education and productive careers. The goal of CTAE at Fulton County Schools is to show students the relevancy of what they’re learning in the classroom, whether they want to attend a two-year college, a four-year university or other post-secondary options. 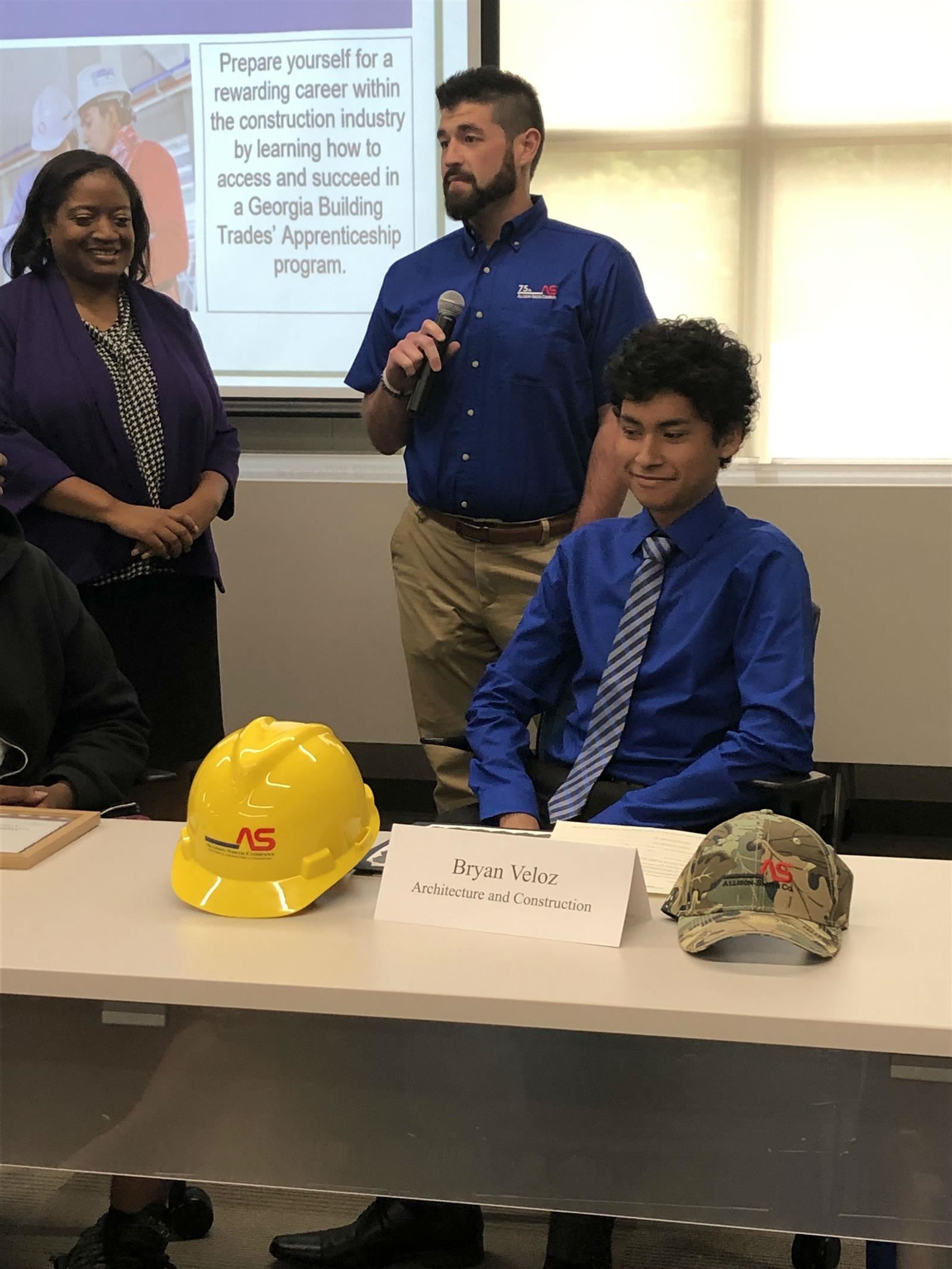