In March, the Bulldogs made history winning their first-ever Georgia High School Athletic Association 6A Basketball Championship against Tucker High School. Senior point guard De’Marcus Johnson scored the “deep-three” winning shot with less than 6 seconds on the clock. Under the leadership of Coach Omari Forts, the team took the victory in the 30th anniversary year of the school. In addition to the players’ and coach’s superior skill, first-rate game strategy and relentless perseverance, the team has the admirable reputation of its majority being on the honor roll - a testament to the scholar-athlete profile of the team members. As Coach Forts says, “They look out for each other and mentor our younger students.” And congratulation to Titus Hunter who was named GHSA 6A Player of the Year.

Will the following students and teachers please come to the front:

Congratulations on this historic win! 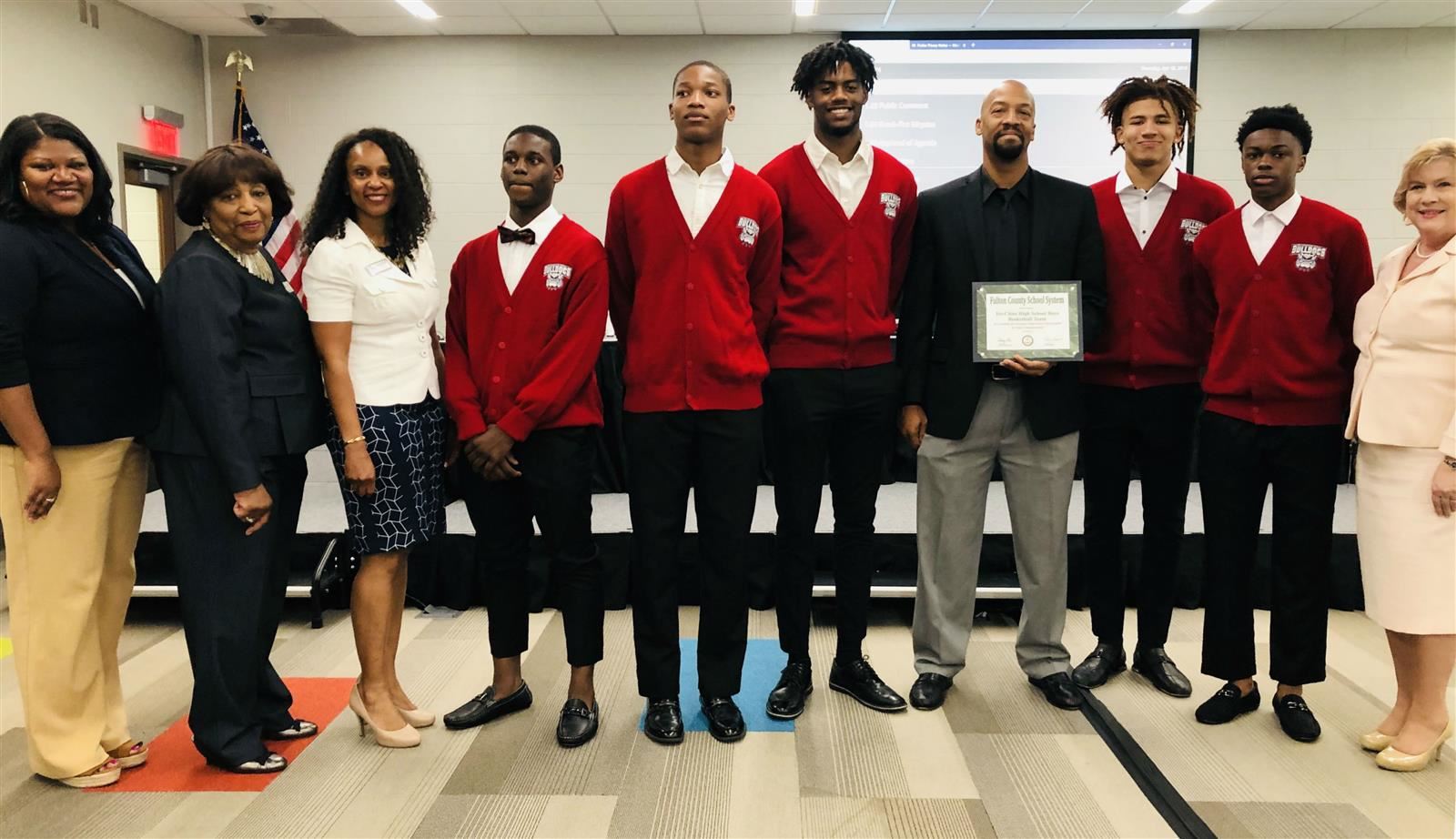 Our next honorees – the Westlake High School girls’ basketball team - wasted no time and blasted through the season to take the GHSA 7A title …for the SECOND straight year! Coach Hilda Hankerson led the Lady Lions to victory by 6 points against Collins Hill High School to close a perfect, undefeated 30-0 season.

Not bad for a team that began the season with one experienced player and no seniors.

In a seemingly impossible situation, these team players came together and continued the legacy of the previous year. Additionally, players Carlyse Hooks was named to the All Region team and received an honorable mention with the Atlanta Tip-Off Club; and Raven Johnson was named “Player of the Year for 7A” by both GHSA 7A and AJC.

Will the following students and teachers come forward:

Congratulations on this stellar victory! 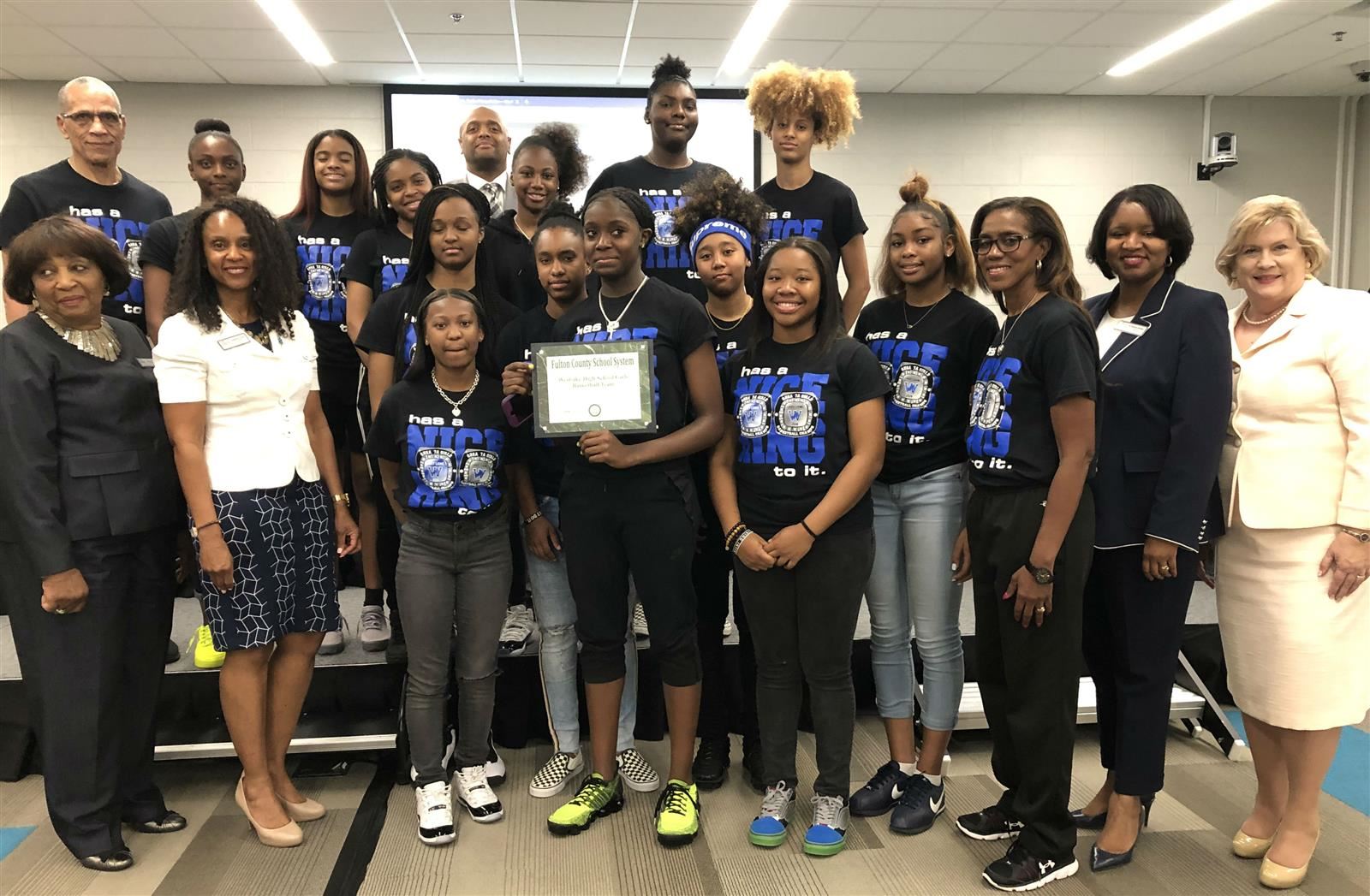 And in closing, we are so proud tonight to acknowledge the top two students from each of our Fulton County high schools – the Valedictorians and Salutatorians. These scholars from the class of 2019 have attained the two highest cumulative averages among their peers through hard work in rigorous courses.

These seniors have established themselves as models of excellence and set the standard for future students to follow. Special thanks to Balfour for their in-kind gift of the award medals.

After the meeting, we will have a special reception across the hall for our Valedictorians, Salutatorians and their parents. If you are able to stay, we invite you to join us and be celebrated.

Will the following Valedictorians and Salutatorians please come to the front:

Congratulations on this amazing achievement! 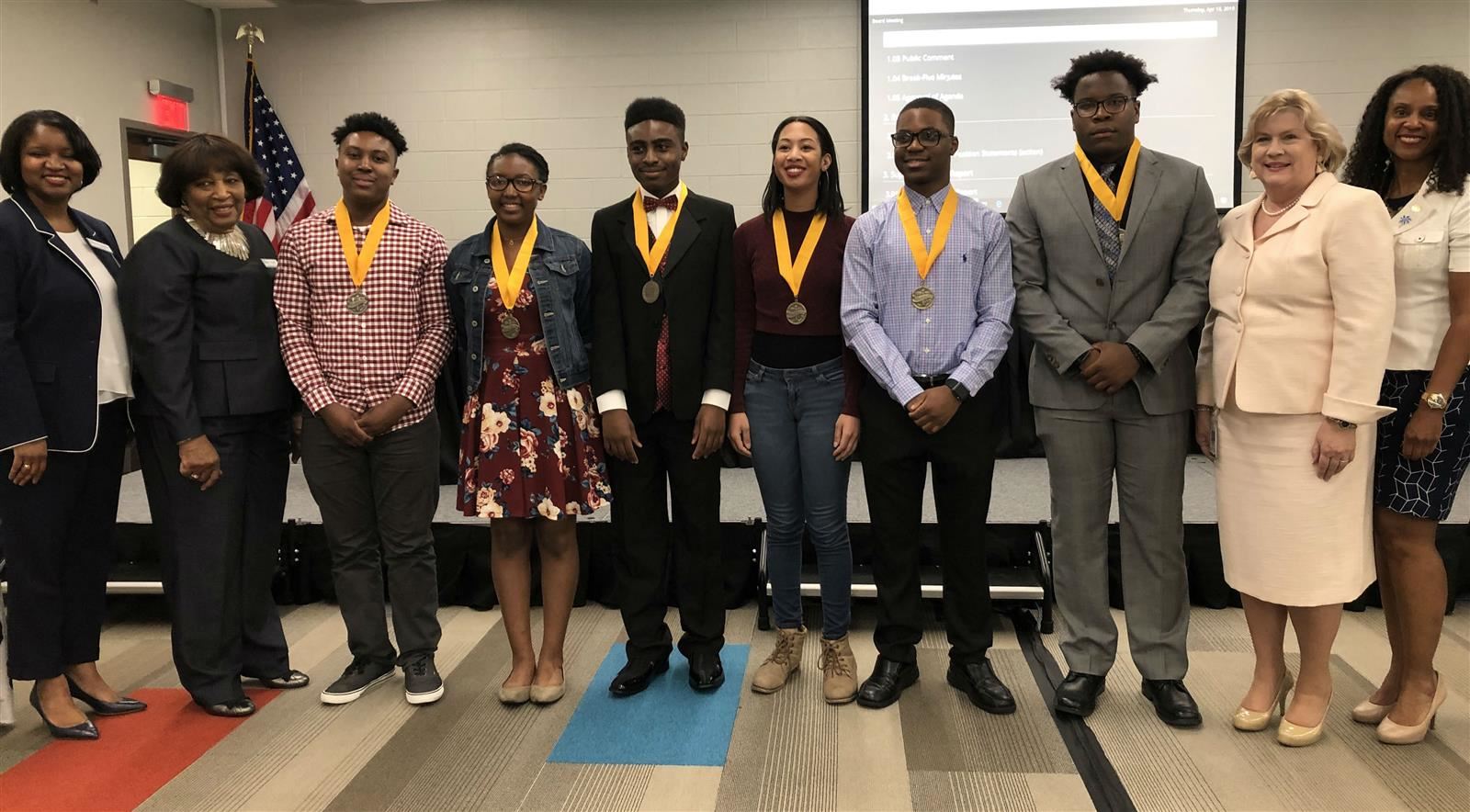 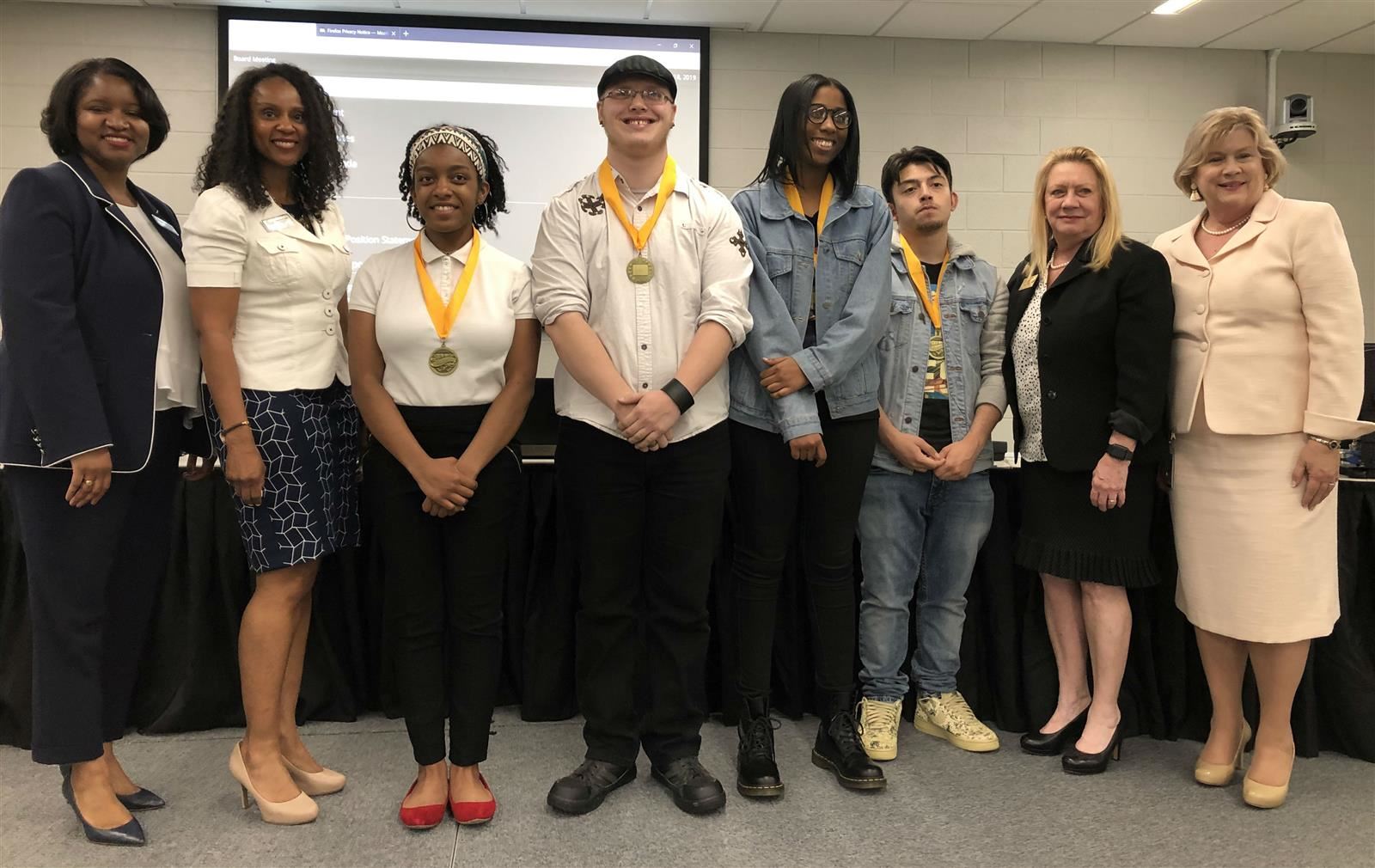