Westlake Girls Named to GHSA 7A All-State Team; Tri-Cities Star is GHSA 6A Player of the Year 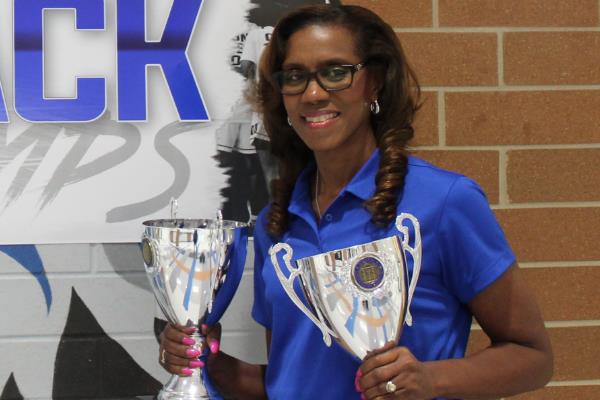 “This is our first perfect season, 30-0,” said Westlake Coach Hilda Hankerson. “It is also the first perfect season of any girls basketball team in Fulton County.” The team that achieved this special feat was largely made up of tenth graders and one student who did not pick up a basketball until she was in the ninth grade, center Lydia Freeman. “We taught Lydia every facet of the game, from how to run, to the rules,” said Hankerson.

Brianna Turnage, who plays positions 1 through 4, was another standout on the Westlake team. With a perfect season behind her, Coach Hankerson plans to continue to work hard. “When I began my coaching career I was all about teaching the fundamentals of the game,” Hankerson said. “When you do that, the excellence will hopefully follow.”

Perhaps one of the winningest coaches in high school basketball history, male or female, Hankerson won her 600th game this year vs. Wheeler High School. “The actual ending to our 30-0 girls basketball season and second straight championship is what we hope for as we push our kids towards excellence,” Hankerson said. “If by chance the push for excellence breeds a championship, then that’s the icing on the cake!”

Coach Hankerson’s girls were warming up in the tunnel getting ready to come out for their championship game when they heard an outburst. “We heard someone scream that he took a knock down three from half court,” Hankerson said. “It was very exciting!”

That three-point game winner came from Tri-Cities’ senior point guard De’Marcus Johnson. “I was thinking we only have five seconds left in the game so there are not many options,” Johnson said. “So I pulled a deep three, or three-point shot, and won the game. I knew it was going in from the time it left my hands, because I knew the work I’d put in practicing shots like that.” 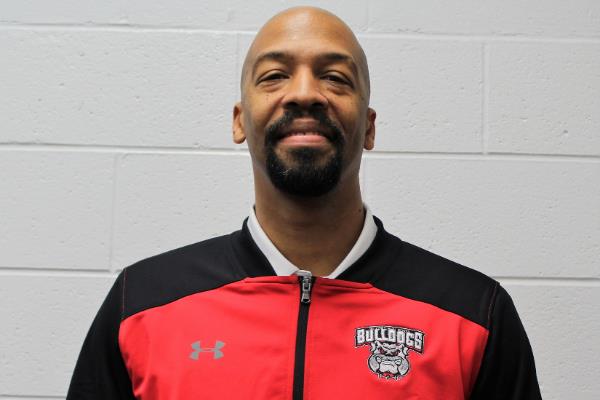 Before 2019, Tri-Cities had made the Elite 8 of the GHSA championship two years consecutively. “This was our first, and the community’s first state championship as Tri-Cities High School,” said Coach Omari Forts.

With his share of stars,  Forts notes that in addition to Johnson, GHSA 6A player of the year, Titus Hunter; Alex Bean and senior Peyton Daniels also played a major role in winning the basketball championship. “Peyton Daniels had four three pointers in the historic win,” Forts said.

Principal Termerian McCrary-Lakes said it has been amazing watching this team’s run toward the school’s first ever state championship. “My favorite part of this journey is that most of the team is on the honor roll,” said McCrary-Lakes.

“They look out for each other and mentor our younger students.”

And while it is heartwarming to see her team win its first ever basketball state championship, the victory is bitter-sweet. “Our founding principal,the late Dr. Herschell Robinson, would have loved to have celebrated with us,” said McCrary-Lakes. “He was always in the stands, cheering our students on. We lost him in September so this win is for the community, and for ‘Doc’, as we affectionately called him.”

Coach Forts is excited that the win has focused a positive light on the East Point, Hapeville and College Park communities that Tri-Cities serves, and on students who don’t play basketball. “It’s been heartwarming to see kids in our school using pronouns like ‘we’ and ‘us’ as it relates to being champions,” said Coach Forts.

“That’s what I’m most proud about. Four out of five of our starters went to Paul D. West Middle School, right down the street.”