This academic year, Langston Hughes High has 59 students set to receive dual degrees at graduation. Enrolled in subjects ranging from Computer Science to Pre-Nursing, the scholars take their classes at Georgia Military College (GMC), and will be ahead of most of their peers when they enter college.

"We are extremely proud of our dual enrollment students at Langston," said Head Counselor Hope Worrell. "They have embraced the challenge of taking college courses and they have excelled." 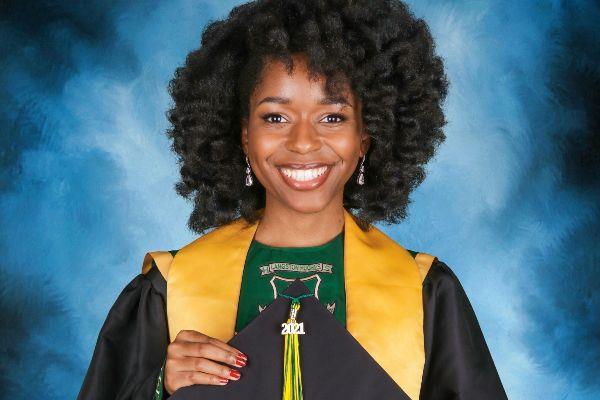 Madison Webb, who will graduate from Langston with an Associate degree in Communications, is grateful for the opportunity. "I've been in dual enrollment since my 10th grade year," Webb said. "It enabled me to finish high school a semester early. I majored in Communications because I want to become a journalist. I took courses from Psychology to World Literature. This will make me a more well-rounded journalist."

"This is our third year to have dual enrollment students graduating with an Associates degree," Worrell said. "Several of our former students have communicated that they have graduated or will be graduating early from Bachelor's degree programs because of the jump start with dual enrollment classes during their high school years. While our participants are extremely active with the school as athletes, SGA officers, JROTC and band members, academics has remained a top priority for each of them."

One star graduate of the program is Kendall Starks, who began dual enrollment in 2018 at the beginning of her 11th grade school year. "I chose to do dual enrollment because my TAG classes weren't challenging enough," Starks said. "I talked to my parents and they thought it would be a good idea for me to participate."

After entering, Starks was focused on keeping her grades up at Langston and at GMC. "I was also a cheerleader so I wanted to stay balanced," Starks said.

Sandra Allen, Langston College and Career Advisor, was one of Starks' advisors. "Mrs. Allen's main goal was for everyone to do full-time," Starks said. "Some didn't want to miss out on the high school experience. I put in my application and was full-time at GMC. I only came to Langston for cheer practice." 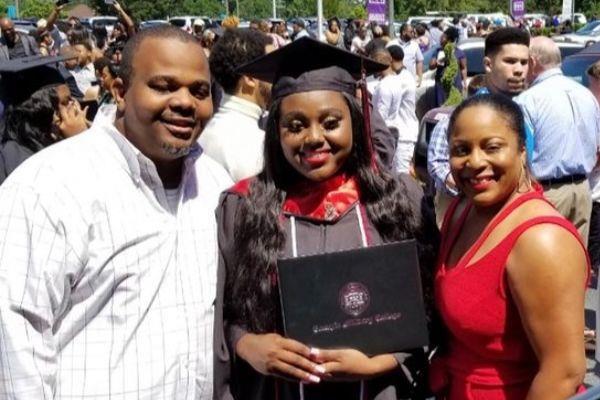 Like Webb, Starks took Communications courses and it paid off. When she graduated in 2019, she walked across the stage twice to receive her high school diploma and her GMC degree. When she entered the University of Alabama, she was ahead of her peers. "I'll be graduating two years early because of the dual enrollment program," Starks said. "My major is Communications. If you're serious about your educational career, dual enrollment is a great investment in your future."

In 2021 Langston will graduate 59 students with Associate degrees. "These students are leaders and role models with our school, and they are the future leaders of this nation," Worrell said. "We are truly excited about their current and future accomplishments."

Principal Charles Chester agrees. "The Langston Hughes High School Early College Dual Enrollment program is thriving," Chester said. "A third of the senior class will graduate with their Associates Degrees. It creates the opportunity for scholars to get a head start in their postsecondary journeys, with the advantage of getting acclimated to the college environment while in the care of the Langston community."