Congratulations to senior Citlaly Salas Abrego and sophomore America Salas Abrego; these sisters are the first two wrestlers in Centennial history to compete at the GHSA state tournament. Both girls won their first matches and Citlaly went on through her bracket to the state semi-finals, losing a tough 4-2 match. Last night in the consolation bracket, she won in the semi-finals but lost the consolation final to a very good wrestler from Cambridge. Citlaly finished 4th in the state.

I am so proud of both of these girls, as well as Coach Williams. They both represented Centennial with heart and determination in this historic season. 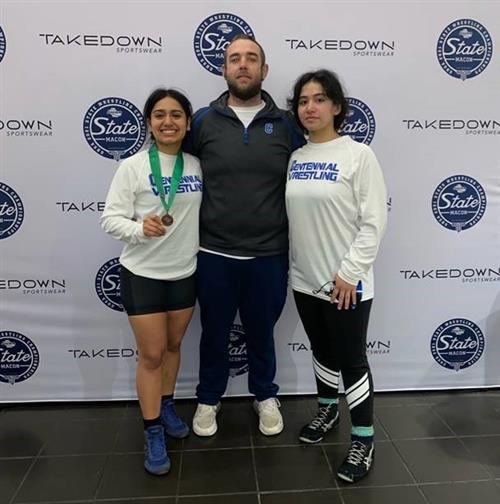