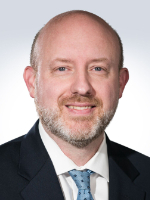 Mr. Cliff Jones began his career with Fulton County Schools in 2001. He began as a Social Studies Teacher at Milton High School and later taught the same subject at River Trail Middle School. Subsequently, he served as Assistant Principal and Principal at Milton High. Since then, Mr. Jones has gone on to serve as the interim Chief Strategy and Innovation Officer, Area Superintendent of the NELC and the interim Area Superintendent of the NWLC. Mr. Jones is now serving as our district’s Chief Academic Officer.