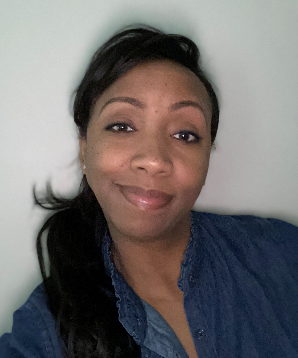 A Health Science Educator with nearly thirteen years of dedication to connecting students to real life experiences. In 2007, Deitra Hill Jones was literally called to Westlake High School’s Career Technical and Agricultural Education department to teach Essentials of Dental Science, which later allowed her a range of experiences within the Health Science Cluster. Deitra Hill Jones initially served as a Co-Advisor of the largest HOSA chapter in Georgia while at Westlake High School.

Prior to becoming an educator, Deitra Hill Jones was a dental assistant and enjoyed traveling as a flight attendant. Who knew her sincerity, enthusiasm, non-judgmental demeanor, good listening skills and her people person persona would place her before the sincerest, judgmental, “get on my level”, “take me as I am” critics, that would become her “Why.”

Deitra Hill Jones is a graduate of Georgia Southern University where she received her Bachelor of Science in Health Science. She also received a Master’s degree of Education in Instructional Technology from Cambridge College. Deitra is currently pursing a degree in Dental Hygiene.

In her spare time-if there is a such thing, Deitra enjoys spending time with her family of seven- no pets included, reading, exercising, volunteering and self-care.

Favorite quote in which she lives by is from the Alchemist “And, when you want something, all the universe conspires in helping you to achieve it.” Paulo Coelho

Deitra is elated to be a part of Global Impact STEM Academy!